I created an invincible mindset. But I didn't start out that way.

I had an accident when I was 14 years old, a head injury.  My mother was told I would have permanent brain damage.

She didn’t believe it. She started to retrain my brain, giving me games, puzzles, challenges, tests.  It didn’t matter how I did, so long as I kept at them. Gradually, my performance improved. Today we call this neuroplasticity, the ability of the brain to form new neurosynaptic connections long past childhood.

Prior to this near-death experience, I never felt like anything I did was good enough. I became highly ambitious to prove that I really am good enough. I was a successful lawyer in the music industry for almost 18 years, culminating in a position as the Executive Vice President of the largest independent music company in the world.

My salary was in the mid six figures.  Success came relatively easily to me. Yet I felt unfulfilled and kept chasing more. I kept thinking when I achieved more, I’d finally be happy.  And when I reached what my peers described as the pinnacle of success, all I could ask myself is “Is this it? Is this all there is?” It was unfulfilling and lacked meaning. And I had a burning desire inside. I believed there was a life of more meaning for me.

Meanwhile, my relationship with my husband at the time was heavily strained, my health imploded and I felt like I had no energy during the little time when I wasn’t working.

I fell into a major personal crisis where all the structures of my life collapsed: I gave up my identity (as a lawyer), worked to recover my health, moved out of NYC;  I went from having a sizable nest egg to almost $100k in debt; my marriage crashed against the rocks; my relationship with my son became difficult; I lost almost all of my existing friends. But I didn’t give up. I was convinced that there was a way out of the hole I was in. I found a series of teachers and coaches who taught me techniques to rewire my brain similar to the way my mother had when I was 14 years old.

As a result, I mastered many mindset tools that radically changed my life. In the process, I realized that I was creating my own suffering.  And if I was creating my own suffering, it meant I also had the power to end the suffering and live an extraordinary life. I stopped chasing more as the answer to feeling satisfied and happy. I began again, this time very intentionally, to rewire my brain and clear the blocks and doubts that were standing in the way of me having the life I truly desired.

I created an invincible mindset.

And now I help my clients do the same. 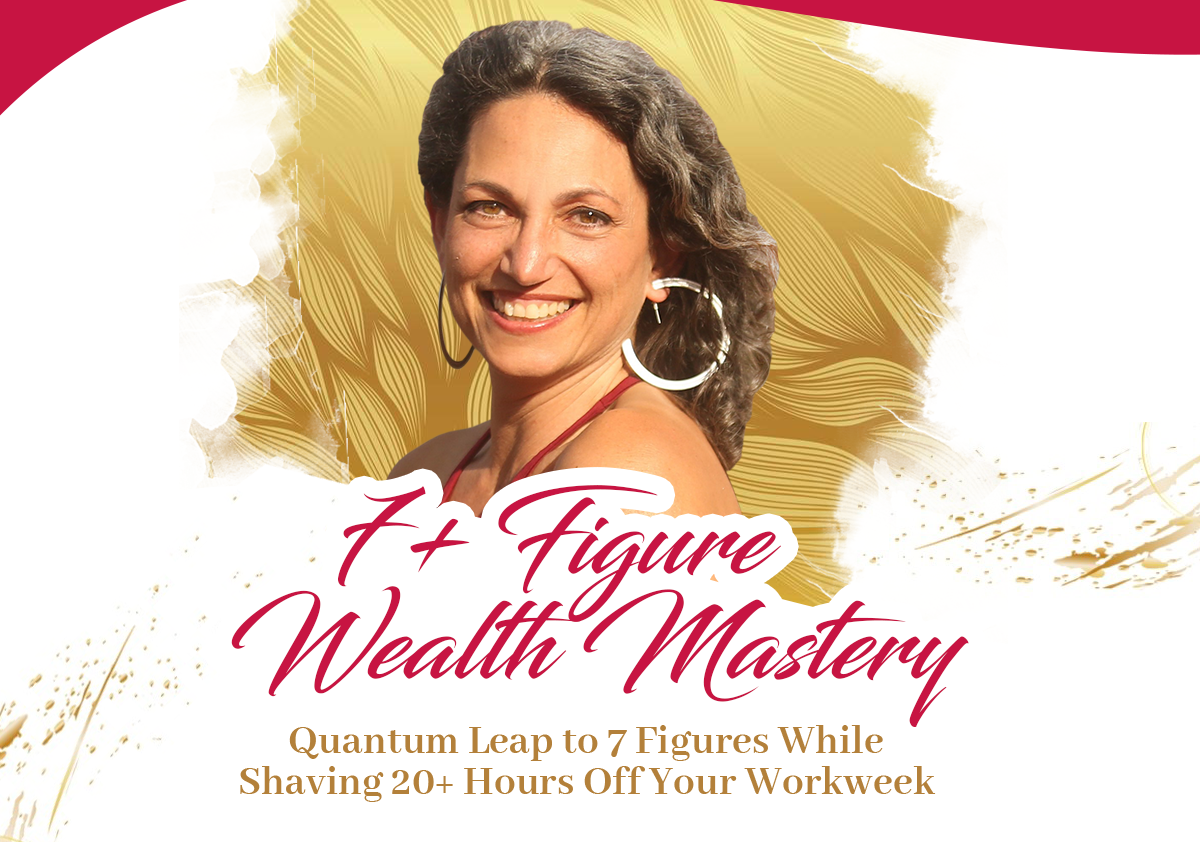 This deep-dive training will reveal 3 Keys that will allow you to exponentially increase your income, amplify your impact and crack the code to a 7 Figure money mindset.